Confessions of a White Mexican

“Habla Espanol?” I was asked the other day.

I always give the same answer.

It still surprises me when I get this question, because you see, to most people, they only see my fair skin. Only those of Mexican descent seem to sniff me out.

“You are Hispanic, aren’t you?” A young woman asked me.

“I know my people,” she said confidently.

I was born a Carlos Murphy. I am part Mexican, part Irish and other things white. But all this really means is that I can celebrate Cinco de Mayo and St. Patrick’s Day. With genes like mine I should be a devoted Catholic with a drinking problem. But I’m not.

As far as showing any true signs of “mex-nicity”, I cannot tell a lie. You see I wasn’t really raised en el barrio. I was raised in a two-story house with a swimming pool.

I’ve never been to a quinceanera, I didn’t grow up eating mole, and, much to my boss’s, (Senorita Torres) horror, I have never had a tres leche cake before. She learned this soon after she hired me.

“You have never had a tres leche cake?” She gasped.

“You are such a white Mexican!” She declared.

“You are such a white Mexican!” She repeated.

“Do you want my latest copy of Latina magazine?” She tried again. 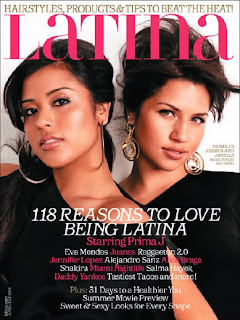 “Theresa, you are such a white Mexican!”

What can I say? It was my great grandparents that came to this country from Mexico. Mi familia has been in the Estados Unidos for quite some time.

My grandmother was born in Southern California and learned English in elementary school. Her family moved to the Bay Area where she met my grandfather, also of Mexican descent. They got married and then did something totally illegal and against Mexican law.

They only had one child. My mother.

I am surprised they didn’t get kicked out of the Catholic Church for their sin.

Even though, growing up, I was told I was half Mexican, I didn’t really know what that meant. I even told my mother, “but you don’t look Mexican.” She replied, “that’s because I am your mother.”

I think I thought the term “Mexican” meant “different” and to me, having a mom with a darker complexion than myself was normal. It was all that I knew.

One time she brought home two dolls for my sister and me to play with. One was white and the other one was brown. I grabbed the brown doll because she reminded me of my mother. I named the doll Heidi.

My grandparents didn’t teach my mother Spanish and the only reason why I know any Spanish at all is because I took two years of it in high school. But I can do the best Nacho Libre accent around. I can say the following sentence in perfect dialect:

“My name is Inigo Montoya. You killed my father. Prepare to die.” 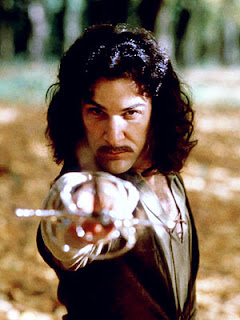 My only true “Mexican” memory I have growing up is of my great grandma Ortensia making tortillas from scratch. They were sooooo good. I do remember my other great grandma Lupe, sitting in a wheel chair and speaking no English. But they both died when I was quite young.

My sister and I had ponchos when were little. Does that count as Mexican? But it was also the 70’s and I think everybody had ponchos back then.

Why do people give me grief for not being Mexican enough? What about the rest of me? How come no one has ever asked me, “Theresa, you don’t play darts and drink whiskey? I thought you were Irish!”

Now, what’s that all about?

It is what it is. I will not apologize for not liking spicy food that burns my tongue and upsets my stomach. Or that I converted from the Catholic Church to a non-denominational Christian one. Or for the fact that when I use the word “cousin,” I really only mean “my first cousin on my father’s Irish side.”

My name is Theresa Ann Donahoe.

I took a Birth Order Predictor Quiz and these were my results.  Although, not entirely accurate, I was tickled that they got me on my first try:

The Birth Order Predictor
Blogthings: Learn Something Surprising About Yourself
Posted by theresa at 10:57 AM No comments:

It's That Time of Year Again!

The best television reality show of all, SO YOU THINK YOU CAN DANCE, is having auditions right here in Oaktown! 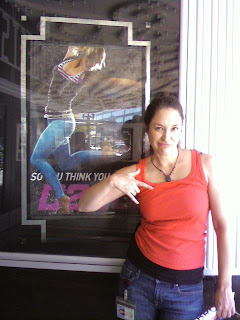 This is me outside the Paramount Theater while others are on the inside getting their groove on!

Why don't I audition? Cuz I'm too old and even when I was in my prime, I couldn't do all the fancy tricks the youngsters are doin these days!

Last Will and Testament

When I was in my early twenties, I asked a 50-something co-worker the question, "at what age do people stop describing you as being young?"

This question did not sit well with her and she refused to answer.

But another middle-aged co-worker overheard our conversation and leaned over and whispered to me:

As my thirties come to a close next month, I feel the need to mourn the death of my "youth". How will I do this? Will I wear sackcloth and ashes as they did in biblical times? Will I give away any clothes left in my closet deemed "too inappropriate" for my more mature age group?

I know. I will start the mourning process by writing a will.

Last Will and Testament

I, THERESA DONAHOE, residing at OAKLAND, CA, being of sound mind, do hereby make, publish and declare this to be my Last Will and Testament and do revoke any and all other Wills and Codicils heretofore made by me. 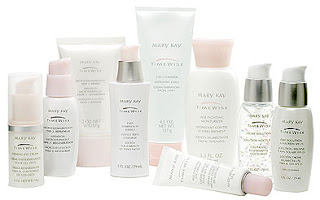 2.1 - I leave my "dance all night at the club" energy to Brandileigha Stracner, who, at age 25, still has a lot of good clubbin years left in her. Stay out as late as you want and don't come home till 3am for as long as you can. Don't believe you have to work a 9 to 5 in order to be a grown up. You don't.

3.1 - I leave all of my cute shoes that absolutely have no arch support to Christine Beitsch. That woman can walk in anything. Of course I only maybe have one pair of cute shoes left.

4.1 - I leave all of my size four pants to Goodwill. Come, take them away before I try to pathetically muffin-top my way back into them! 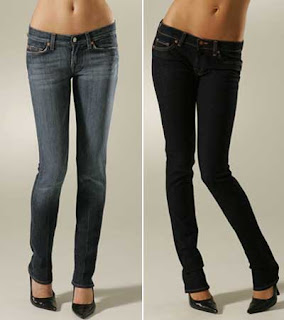 5.1 - I leave my "I don't have to worry about anything because I am too young to be in charge" attitude to my 19 year old niece, Brittany. How I envy you.

6.1 - I leave my "I don't have to worry about anything cuz I'm the baby of the family" attitude to.......well,....no one. That one's a keeper and continues to serve me well. Muuhaahaaa. Maybe I will leave that one behind when I turn 50. 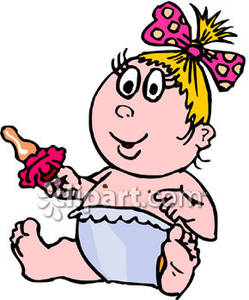 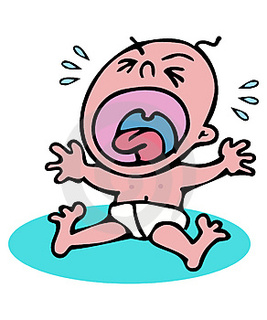