In Loving Memory - Rascal The Cat 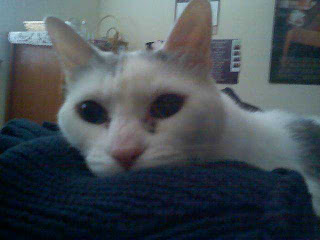 "Rascal" April 1997 to January 11, 2011
Rascal  (pronounced Rascale) was a rescued kitten found hidden in a bag in a dumpster behind Costco- my sister's place of work.

Rascal came home to live with us and become a little brother to our much older 17 year old cat -Geraldine.

Rascal was a friendly playful kitten who would jump high when he was just a baby.  He also attempted to nurse from Geraldine, who, had been fixed and never had children of her own as he brought her new found energy during her last days.

Rascal outlived his younger brother Sven, who died at age 7 of liver disease and he also outlived his brother - Caesar, the pug.

Rascal's fur was silky smooth as he was a very clean and sophisticated cat.

Rascal used to meow at my door in the middle of the night and would sleep with me on my twin size bed.  Of course, I always accomodated him.

When strangers tried to pick him up, he would play possum and make his body dead weight. He was very smart.

Rascal is survived by his younger brother Jack the cat, his mama Sharon, his auntie Theresa and Lynn, his dad, John and his uncles Mike and Steve.

Rascal you will be missed. 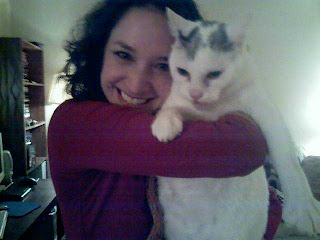 The A to Z Writer's Challenge

"Your assignment this week was to write a 26-sentence piece, fiction or non-fiction, with each sentence starting with the letters of the alphabet in order."

95% of this story is fiction.
5% is non-fiction
The non-fiction part?
The actual email at the end.

Brushing past her concerns that this latest email, again, would be written from another loser, she began to open the email but then stopped herself short.

"Courage is all I need," she told herself, "maybe this next email that awaits me will be from my future husband."

Deciding to put it off, Margaret got up and made herself dinner instead.

Even though she wasn't hungry, dinner would be easier to digest than another piece of correspondence that would crush her hopes and dreams of meeting the right man.

Forever, it seemed, that she had been waiting to meet the man of her dreams and at age 33, her biological clock was ticking.

"Goosebumps," she told herself as she ate her macaroni and cheese, "I will know that I will have met my future husband if his first email to me gives me goosebumps."

Hastily, she finished her dinner and decided to give the email another attempt.

In her inbox she stared at the subject line, "Hello Cutie" and she wondered if this guy was being charming or stupid.

"Just in case this guy is a jerk, I am going to put this off a little while longer," she told herself as she got up and away from the computer, once again.

Karen, her older sister, who met her husband right out of college, and never had to deal with this, just then, called Margaret on the phone.

"Little sister," said the soothing voice over the line, "how are you?"

"Never give up hope," Karen encouraged her as she knew exactly what Margaret was talking about.

"Obviously you have never been through this long of a waiting period, or you wouldn't be so cheery," Margaret snapped back.

"Please, girl," Karen said, "do you think being married is easier than being single? Quite the contrary!"

"Really, I don't have time for this lecture right now," Margaret said and hung up the phone.

She looked at the stuffed animal on her bed that looked like a cross between a skunk and a Zebra.

"Tell me what to do Xavier," she asked the stuffed pet.

"Undo your past heartbreak and open this email," Xavier told her.

"Very well," Margaret said, and clicked it open and read it.

"Wow, you are beautiful, we should get coffee sometime and by the way, do you smoke weed?"

Xavier and Margaret locked eyes at each other as she pounded the delete button on her keyboard.

"You are definitely a skunk," she told Xavier.

"Zebra, darling, I am a Zebra and never give up on love," he told her as Margaret got up and walked away. 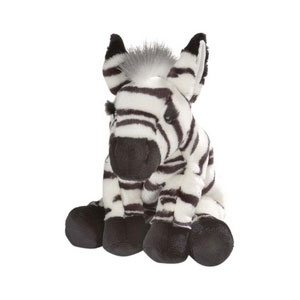 Confessions of a Cat Sitter

I didn't realize the toll the holiday season had on me. I may not hop a plane and travel to other parts of the country during Christmas, but I do pack a bag and live out of a suitcase as I cat-sit for alot of my travelin friends. When my neighbors see me leaving the apartment with my luggage they think I am heading for the airport, but really, I am just heading a few miles away to give the felines lots o love...come to auntie Theresa. 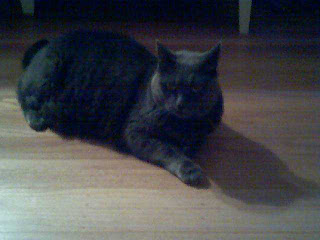 Bianca
Okay, this is the first holiday season that I did not take care of Bianca, but only because her mommy got married and moved further away. Miss you Bianca! You moody little thing -you only let me pet you with broad strokes on your back and nowhere else... 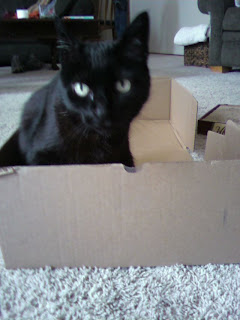 Miss
Thank you Miss for being easy to take care of. Thank you for coming and sitting on my lap while gazing up at me lovingly... 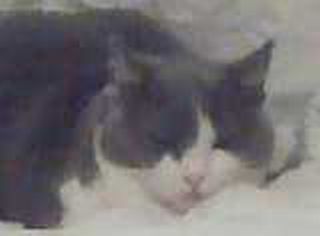 Ditz
WHY DON'T YOU LOVE ME? GET OUT FROM UNDERNEATH THAT GUEST BEDROOM DRESSER DRAWER AND COME TO AUNTIE THERESA! 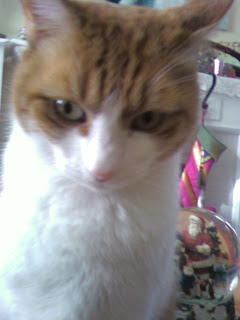 Jasper
If you want auntie to get up and feed you, you can use your meow. I won't be offended. Must you stare at me until I wake up? Don't be shy....