My desk was piled high with bills, unopened mail, and stack of unread Hollywood Reporter magazines. A free weekly subscription that was being mailed to me as a perk for being a Screen Actors Guild Member was turning into nothing more than a free subscription to dust collectors weekly. 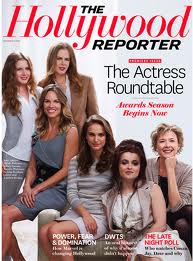 But What I Really Want To Do Is Write

Not that I don’t miss acting, but writing has taken a front seat lately. Although not really, since life has gotten busy. I took a look around my studio apartment and stared at the ideas and thoughts I have for more short stories. My old diaries were out as a reminder to pull from those memories. Call sheets from movies I worked on were propped up against my desk, letting me know I need to put those experiences down on paper as well. And yet I hadn’t blogged in over a week, and that last one was only a photo blog.

Baby Needs a New Pair of Shoes…and a Smart Phone.

“You still have one of those phones?” a fellow actor asked me last weekend as I gave him a ride to a film set. He stared at my Samsung flip phone. “I used to love that phone,” he said in a misty sort of way. Alright, I can take a hint. Baby doesn’t want to become obsolete.

I worked on a film short last weekend that is being entered into a speed filming competition and will be screened at a film festival next month in Los Angeles. For my role as the antagonistic office worker, the wardrobe department requested I bring “upscale business attire” and I own little of the sort. I hate shopping, but all of a sudden the race was on to buy slacks and tailored tops. For those that know me, know I would rather putt around in jeans and tennis shoes all day. But I did it. I took a deep breath, ran into Express and started loading my arms with anything I could get my hands on. It was a speed shopping competition as far as I was concerned. Get in, try it on, and get out. And I did it. I walked away with two pairs of slacks, three shirts, and a sweater. The next morning I arrived on set and I looked good. You see when push comes to shove, baby can do it. She just needs a deadline. And a brand new pair of shoes. And apparently new phone. 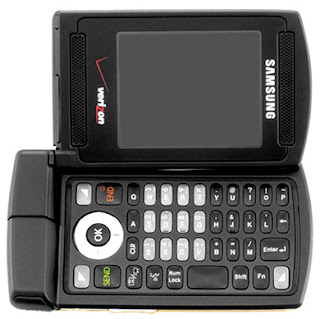 Have You Ordered Your Starbucks Trenta Today?

My co-worker went to the Bucks and came back with this: 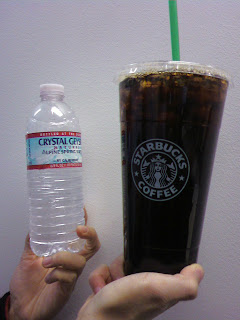 And then I read this: 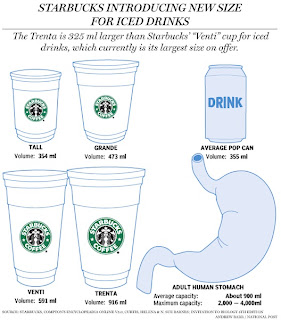 Proceed with caution!
Posted by theresa at 11:57 AM 2 comments: