Those Were The Days

THE PET SHOP BOY'S HIT SONG "WEST END GIRLS",  always reminds me of my older sister's friend, Heather, laying out in her backyard, while the scent of coconut suntan oil filled the air, back in the summer of 1986.   My sister and I had stopped by her place for a visit and this song was playing on her radio.  No, actually, it wasn't on the radio, but on a mixed tape of the radio. Heather had taped the radio because that's what we did back then.  If memory serves, I think she also was wearing these funky red sunglasses.  I have such happy memories of the 80's, I really do. We were carefree teenagers. Life was simple. It was cheesy pop music and suntan lotion for the most part. We were not overly burdened with the cares of the world yet and considered ourselves still kids. Meanwhile, back in East Berlin, Germany, young people our age, who looked just like us with their acid washed jeans and big hair, were fighting for their freedom from a repressive communist regime.  Middle class American teenagers were criticized for being shallow back then, but I believe it was because we didn't have a common cause to rally behind at the time. We didn't feel like cold war kids.  We had our freedom already, relatively speaking, and if our freedom was what made us shallow, then so be it. I mean, wasn't that part of what the East Berliners were fighting for? Their right to be shallow if they wanted to be?  Their right to be kids?  It all made sense looking back- why Irish band, U2's music was so rich with political meaning- meaning I didn't understand at the time. They grew up in a war-torn country. I didn't have those memories. I only remember the suntan lotion, the pool parties, the permed hair, and the Guess jeans. So sue me. I was being a kid for as long as I could before I had to go out into the "real" world.

As a fourth born,  being a kid was what I did best. I milked that season of my life well into my twenties. I clung to the walls of home. And when I wasn't clinging to those walls, I had a short leash, just a half hour away, while cat-sitting full time for an employer in Oakland. I never strayed too far from the nest. So when a series of unforseen circumstances came upon me at the age of 35, in the summer of 2006, when I could no longer squat in my home away from home....I came home.

I just needed a place to stay through the holidays was the plan. And then the holidays turned into February. Then I started looking for what I could afford on my own in an area around my then workplace and the results were disheartening. With my paycheck, I could only pay for the smallest of accommodations, and at one point,  was presented with the saddest, loneliest of unfurnished rooms. A simple make-shift studio space that someone had converted from their garage. And it felt cold like a garage. Staring at that room, I got depressed and just thought, "why- I could just sit on that floor all by myself and think about my ex-boyfriend for hours."

Apparently I wasn't ready to re-leave the coop just yet, but I always found comfort in knowing I wouldn't be homeless. I would be an irritant, a rash for sure, to my parents, who had now become grandparents.  Grandparents who just wanted to enjoy their Golden Years with the occasional visit from their offspring, and their offspring's offspring, but nothing more. They were done raising us kids. So whenever one of us took advantage of the revolving door that was home, they hesitantly let us in. Especially me.

"I'll never leave," I thought as an 8-year-old girl who shared her room with her 9.5 year old sister. A 9.5 year old sister who was already collecting dishes and towels and putting them in her Hope Chest, for "her own place when she was going to move out." She was so independent at such a young age.  We couldn't have been more different.  I thought that all sounded so scary. How would I make it on my own? How could I ever afford a roof over my head? It was so grown up. I thought you had to be rich in order to live in a house. I thought my parents must be rich, but I knew I wasn't.

I finally did permanently leave their nest in the summer of 2007 and my old room has now been converted into my mother's art studio space.  But there still is a bed in there, for you know... visitors.

Looking back, as a young person, I have always been fortunate to have shelter, clothes on my back, and the freedom to be shallow. Long live liberty and the pursuit of not having to worry about being homeless. Those deep politcial song lyrics written by U2 went right over my head in a middle class American suburbia bubble. The Vietnam war had ended by the time I was 3 years old and there would be no protesting during my youth. Hippies had become yuppies. Those were the days when we didn't have causes- we had designer clothes.....and we liked it. But mostly, we had suntan lotion. 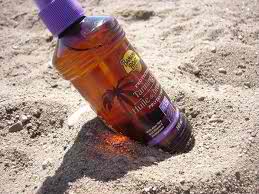 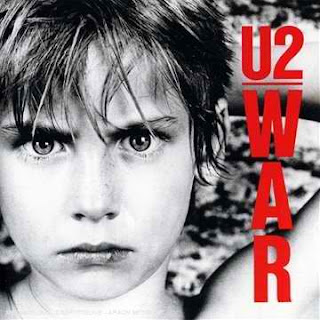