In Sickness and In Health

Last weekend, I did something difficult.  I attended the memorial service for my Aunt Alice, who passed away on January 17, 2012.

At the beginning of 2012, I heard the news that my aunt had been given a month to live.  She had been sick for quite awhile, battling cancer for years, along with other complications from her illness.  But it wasn't until  towards the end of 2011, that her condition took a turn for the worse.

When I saw her most recently at our family's Annual Donahoe Dominoe Tournament over Labor Day Weekend last year, she seemed to be herself and in good spirits.  But when my sister and I went to visit her on Friday, January 13th, at a home in Brentwood, she was on pain-killers and going in and out of conciousness.

As we walked into her room, I saw my Uncle Pete, her husband, sitting at her bedside, attending her every need.  Getting her ice chips, helping her sit up, fluffing her pillows and doing whatever he could to make sure she was comfortable.  Most of the time she seemed high as a kite on morphine and not quite herself, but then every once in awhile she appeared totally aware.  Enough to look at my uncle teasingly and call him a "rotten scoundrel", as he helped her get up from her bed to her chair.  Her sense of humor would come back for just a moment.

"This is what love looks like," I thought as I watched my uncle in action.   This is truly what those vows mean when they say, "in sickness and in health."  How many couples have this sort of dedication to one another?  And I know if it was my Uncle Pete who had been sick, Alice would have loved him the same way.

My Aunt Alice and Uncle Pete were married in April of 1974.   I remember being a little girl, going with my dad to the airport to pick them up from their honeymoon.  I was all of 3 years old, but I remember seeing my uncle still wearing a Hawaiian lay around his neck as he gave my dad a hug when we greeted them at the gate.  This was my first memory of Alice.

Alice was my uncle's second wife, but to me, she was never a "step-aunt".  She was just my aunt.  And her son Scott, was never my "step cousin", but simply- my cousin.

My Aunt Alice loved to laugh and was the hugger in the family.  She brought affection to a somewhat stoic Donahoe clan and it was refreshingingly welcome.

Last weekend we celebrated her.  In true Alice fashion, she wanted us to have a party after she died.  When I arrived to the service at my uncle's house in Discovery Bay, I was greeted with hugs followed by champagne.  She wanted to make sure we had champagne.  So we had a memorial service for her, cried and shared stories.  And then per her request, we ate and drank and mingled.  I sat out on the back deck of their house on a long swinging porch chair, looking out at the sunset as it splashed across the delta waters.  So many memories of attending parties in this house that they built from scratch.  Memories of my cousin Scott fishing out on the deck as a child.

Thank you Aunt Alice for your laughter and hugs.  And thank you Uncle Pete for demonstrating what love really looks like. 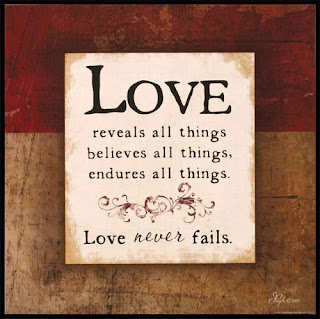