“Veronica stole my pants!” my friend Julie told me one day in Junior High School.

“I let her borrow my Jordache Jeans, you know the ones with the white swirly stripes on the back pockets…”

“I love those jeans.”

“Yeah, me too- well, she borrowed them, stretched them out with her wide-ass hips, and then when I asked for them back, she said they were hers!”

We stood there by our lockers as I listened to Julie rant on and on about her favorite designer jeans, shocked that Veronica could be such a bully. Well, I wasn’t that shocked, truth be told. Veronica had developed a bit of a scary reputation to the point where I had avoided any direct contact with her altogether. But not Julie- Julie wanted to be friends with just about everyone- even the mean girls, and now she was paying the price for it. After this incident, I decided that Veronica had crossed the line. Taking my friend’s favorite new pair of Jordache Jeans- the ones that Julie was planning to wear to our 8th Grade Graduation Party a week from today? I became enraged at the injustice of Veronica’s actions and thought, “why, she can’t take my best friend’s pants and get away with it! This is America!”

“I’ll get your pants back for you,” I assured Julie, “don’t worry about it.”

Well, I don’t know what came over me that day, thinking I could just confront a girl who I had always been afraid of. Veronica may have not been a big in size, standing a mere five feet, zero inches tall, but she was a feisty little thing and was known for getting into fights with girls much bigger than her - and winning. And I, possessing a whole four inches over her, had never been in a fight in my life, until possibly now.

But I couldn’t even think about the possibility of me getting my ass whipped, the potential consequences of my soon-to-be actions. I was too busy hatching a plan on how to get Julie’s pants back. Through the rest of school that day, I sat in my classes, dreaming up a scheme of how to get our little revenge on Veronica. And then finally, during my 6th period History class, it came to me- it was perfect. I knew Veronica had P.E. class during second period, and I knew that she had a habit of leaving her clothes on the benches in the girls locker room, rather than putting them in her actual P.E. locker. I decided the next time I saw her wearing Julie’s pants, I would get excused to go to the bathroom during my second period English class, walk over to the locker room, grab Julie’s jeans off the benches and put them back in her hall locker for her.

The next day at school I noticed Veronica had Julie’s pants on again and I knew that I had to move swiftly. During the beginning of my English class, I stared at the clock on the wall, waiting for precisely 10 minutes to pass before asking to be excused to go to the bathroom. I figured this would be enough time for Veronica to change into her gym clothes and be out of the locker room and for me to snatch the pants back. But when I entered the locker room about 13 minutes into second period, Veronica was running late and was just then exiting. We made eye contact and I smiled at her sweetly as we both said hello. “Darn it,” I thought, “she would now know I was at the scene of the crime."  It was a wrinkle in my plan for sure, but I wasn’t about to change my mind.

Sure enough, as I walked towards the benches, there they were- Julie’s coveted Jordache Jeans with the white swirly stripes on the back pocket, folded neatly next to Veronica’s other clothes. I grabbed them quickly, exited the locker room, and rushed over to Julie’s hall locker, dialed her locker combination that I knew by heart, put her pants inside, and went back to my English class. The plan went perfectly- for the moment.

But it didn’t take long before word began to travel that day that, “Veronica’s pants had been stolen during P.E. class and that she had to be sent home to get more clothes.” “Serves her right,”  I chuckled to myself.  However, by the end of the school day, rumors had already begun to spread that Veronica wanted to fight me.

“I knew it was you that took those pants,” she confronted me the next day at school, “I saw you in the locker room.”

I didn’t say a word.

With less than a week away until our 8th grade graduation, I begin dreading going to school, wondering if Veronica would try to start trouble with me. Other girls, who had gotten into fights with her in the past, began to approach me.

“She’s strong,” a girl named Cindy warned me, “if she pins you down, you won’t be able to get up!”

“She’s not that tough,” insisted another girl named Jessica, “she just talks tough!”

“What do you mean she’s not that tough?” Cindy shot back, “didn’t you see what Veronica did to Mandy Peters’ face? She didn’t come back to school for three whole days!”

My heart started to beat outside my chest. What had I done? Would I make it to the end of the school year alive?

As each day passed, I managed to avoid any confrontations with Veronica. I found it suspicious that she wasn’t seeking me during lunchtime or after school on the walk to the bus stop, and then I heard the news.

She was waiting until our graduation party to fight me.

The party of the year, the one where all the cool kids were going to be at, the one I had been looking forward to for months- would be the boxing ring of our so called rumble. I couldn’t believe she was going to ruin the party over this, but I wasn’t about to back down. Nothing would keep me from going to the social event of the school year.

“I am wearing my stretch jeans,” I quietly told Julie, as we rode in the backseat of my parents’ station wagon that fateful afternoon on the way to the party. I wanted to make sure I had enough flexibility if I ended up being pushed to the ground somewhere. I may not have ever been in a fight before, but I had wrestled with my older sister Lisa plenty of times and I knew how to tumble.

“And I,” Julie declared, “am wearing MY JEANS jeans!” She was so happy to have her pants back.

After my mom dropped us off at the party, we walked around the side gate and into the backyard. About 30 kids were there, mingling, sipping punch from a drink fountain and eating snacks while Quiet Riot’s “Come On Feel The Noise”, played loudly in the background.

As I reached for a red plastic cup to get myself a drink, I scanned the place in search of my nemesis while trying to not be obvious. And then in the corner of my eye, I saw her- Veronica, standing on the lawn against the back fence, talking with her posse of three other tough girls. She was glaring at me, with her arms folded. She was probably deciding when she should make her move. I pretended to be undaunted. But the night was still young.

I chatted up with my friends and laughed and joked and even danced a little as the party went on. But a couple of hours later, Veronica still hadn’t tried anything. Was she waiting until it was dark outside? And just how was she going to start trouble when the parents of our party host, were right inside the house? How did she think she was going to possibly get away with taking a swing at me while parental guidance threatened us just a few feet away? Maybe she didn’t care. I heard that about tough girls. And just then, one of her friends approached me.

“Veronica is ready to fight you now,” she said as if it was something I had agreed upon.

“So?” I said nonchalantly, trying to not appear scared, but really my heart was beating outside my chest again. Was I actually going to go through with this? Was I really going to let the bully of the school come at me? It was one thing if Veronica had come up behind me when I least expected it and I had to rely quickly on my reflexes-- but to allow me time to become afraid was just too cruel. I gazed back over at the fence to see her still standing there with the other mean girls, just staring at me. Was she expecting that I would make the first move? My mind was still racing when just then, I saw Veronica begin to walk slowly towards me and I had to think fast. I grabbed Julie and told her to come to the bathroom with me inside the house, but really I was going to call my older sister and tell her what was going on. At this point I hadn’t told anybody in my family yet but enough was enough. From the kitchen phone, I confessed to my sister about the whole pants debacle and once she found out, she told her tough friend Tiffany about it, who happened to be with her when I called-- and then it was on.

“Get Veronica on the phone right now!” Tiffany told me.

At this point Veronica and her posse could see me on the phone through the sliding glass door that separated the backyard from the kitchen. Julie nervously motioned to Veronica that she had a call, while I escaped to the bathroom.

I don’t know exactly what Tiffany told her over the phone, but whatever it was, it worked. I exited the bathroom just in time to see Veronica hang up the phone, avoid eye contact with me, and walk back to the backyard. She ignored me for the rest of the party, and although she didn’t quite raise a white flag admitting defeat, I felt vindicated. Crisis averted.

I never did see Veronica after that night. The school year was finally over, and rumor had it that her family was moving out of town. She would be starting high school 50 miles away from us, never to be seen or heard from again. And as for me- well, I never had a problem with anyone ever messing with me after that. I may have not had to physically fight my own battles, but I didn’t care. I was just happy that Julie got her pants back. 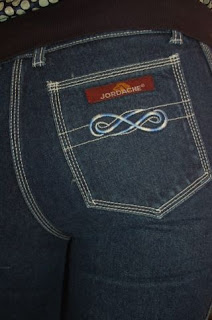 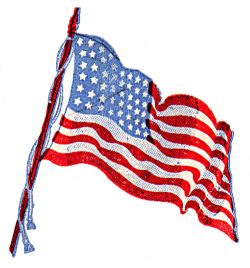